The Liberating Truth About Juneteenth

As we celebrate Juneteenth, let’s remember exactly what we are celebrating, and why.

Yasmin Cader, Deputy Legal Director and Director of the Trone Center for Justice and Equality

When my first born started kindergarten, I learned American enslavement was on the curriculum that year. Before he took that first step into the classroom, I made sure he knew the truth of his ancestors’ resistance to enslavement, including the specific ways we ultimately secured our own freedom. As we say in my house, “we freed ourselves.”

This week as we celebrate Juneteenth, recognized as a federal holiday just one year ago, we must reflect not only on when slavery ended, but how it ended. Juneteenth commemorates June 19, 1865 — two months after the end of the Civil War and more than two years after the Emancipation Proclamation was issued — when the Union army advanced in Texas and Oklahoma declaring the last enslaved people there free. But emancipation’s full history can scarcely be summed up by a single day or announcement.

We celebrate our ancestors who secured their own freedom, manifested their own destiny, and gave us a clear path to do the same for ourselves.

The revolutionary role that the enslaved played in securing their own liberation is often overlooked. Yet as noted by W.E.B. Du Bois in “Black Reconstruction,” and subsequently by other historians including Steven Hahn and Thavolia Glymph before and during the Civil War, enslaved people engaged in a range of forms of resistance, both armed and subtle. As the Civil War progressed, this resistance catalyzed into what Du Bois famously termed “the general strike.” Enslaved people fled plantations, organized work stoppages and slow downs, nursed union soldiers, and directed them to provisions on plantations, engaged in violent resistance and joined the Union Army. This massive disruption of the wartime economy of the South represented what Du Bois calls a “withdrawal and bestowal of his labor [that] decided the war.” This strike changed the trajectory of the civil war from a war to save the union to a war to end slavery.

It wasn’t until I was a student of political history at Howard University that I learned these truths, and in this quest, became that much more liberated, that much more free. The story of slavery and emancipation I learned before college was more limited, and often obscured the power and agency of enslaved people. But in classrooms across our country today, the ability to teach and learn even the most basic truths about emancipation are vulnerable. Unprecedented attacks on our First Amendment rights to read, learn, and discuss race are widespread, and driven in part by an insistence that white children must not be made to feel the shame or discomfort that may naturally arise with learning our nation’s violent origin story. 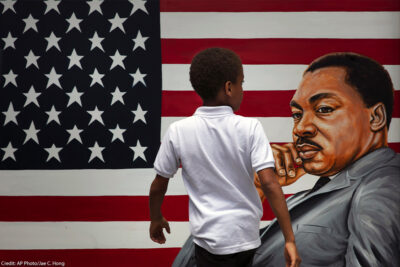 Du Bois and his revelations, too, were dismissed by many leading historians precisely because of the discomfort that came with learning the more nuanced truth. His meticulous research challenged existing paradigms for understanding how history happened and who the actors were. Instead of the civil war being a battle between military commanders, he uncovered the central role enslaved people played in defeating the South and the fact that they possessed the knowledge of their actions, its purpose, and its effect. The many historians of the day who dismissed Du Bois were vested in portraying the enslaved as docile, inferior, and grateful to the great white emancipator. The erasure of the humanity, political genius, and fortitude of African Americans helped perpetuate the racial subjugation that we are fighting to this day.

Those historians have something in common with the legislators across the nation who are introducing and passing classroom censorship bills that restrict discussion about race in schools: fear. Fear not just of the exposure of the atrocities committed by white people during slavery, but fear of the ingenuity, strength and resilience of those who were enslaved and how they defeated an essential structure of oppression. Those who seek to silence the type of knowledge produced by Black people do so because they know knowledge is power. And power is dangerous.

Enslaved people’s knowledge of their own freedom, born of their own organized and multifaceted resistance, posed a particular threat to those who sought to silence and capture them. But on June 19, 1865, the rest of the country finally had to learn and acknowledge what many of our ancestors already knew: that they were free.

So as we celebrate Juneteenth, let’s remember exactly what we are celebrating, and why. Let’s reject attempts to thwart our right to discuss and learn about structural racism, let’s reject attempts to erase Black people from history and let’s reject censorship. Instead, let us follow the rigorous path led by Du Bois and Glymph. We celebrate our ancestors who secured their own freedom, who manifested their own destiny, and who gave us a clear path to do the same for ourselves. I teach this truth to my children so that they are not misled into thinking our freedom was secured by others and to quash the false impression that we were simply victims, rather than skillful political actors and survivors. Without knowing our true history, we cannot progress as a nation, and we cannot be truly free.